Top 5 things to see and do in Rotterdam – for free

Before you came to the Netherlands, the first thing that probably came to mind when you thought about this tiny country was Amsterdam. No surprise, as it is the capital city, famous for its canals and coffee shops. But now it is time to look beyond this tourist trapped capital and visit the way cooler and less touristy Rotterdam.

Rotterdam is a creative, young and vibrant city, full of modern architecture, trendy bars and cafes, museums and loads of green spaces and water. Time to explore with these top 5 things to see and do in Rotterdam. And the best part is, they are all free!

While places like Amsterdam and Delft are famous for their historic city centres, Rotterdam is known as ‘the capital of modern architecture’ in the Netherlands.
The reason for this is rather sad, as almost the entire city centre was bombed flat during WWII, but Rotterdam now wears this title with pride. Luckily, some iconic historic buildings managed to survive the bombing, and because some of the world’s greatest architects were involved in the reconstruction, the Rotterdam skyline is now a dynamic mix of both the old and the new. And you can admire it all anytime you want free of charge!

Must-sees include the historic Laurenskerk, Schielandhuis, Hotel New York, Stadhuis and the 45-metre high Witte Huis, which when it was built in 1898 was Europe’s first skyscraper! Modern icons include the Erasmusbrug, the Central Station, Euromast, Van Nelle Factory, Cube Houses, Kunsthal and the most recent addition: the Markthal. 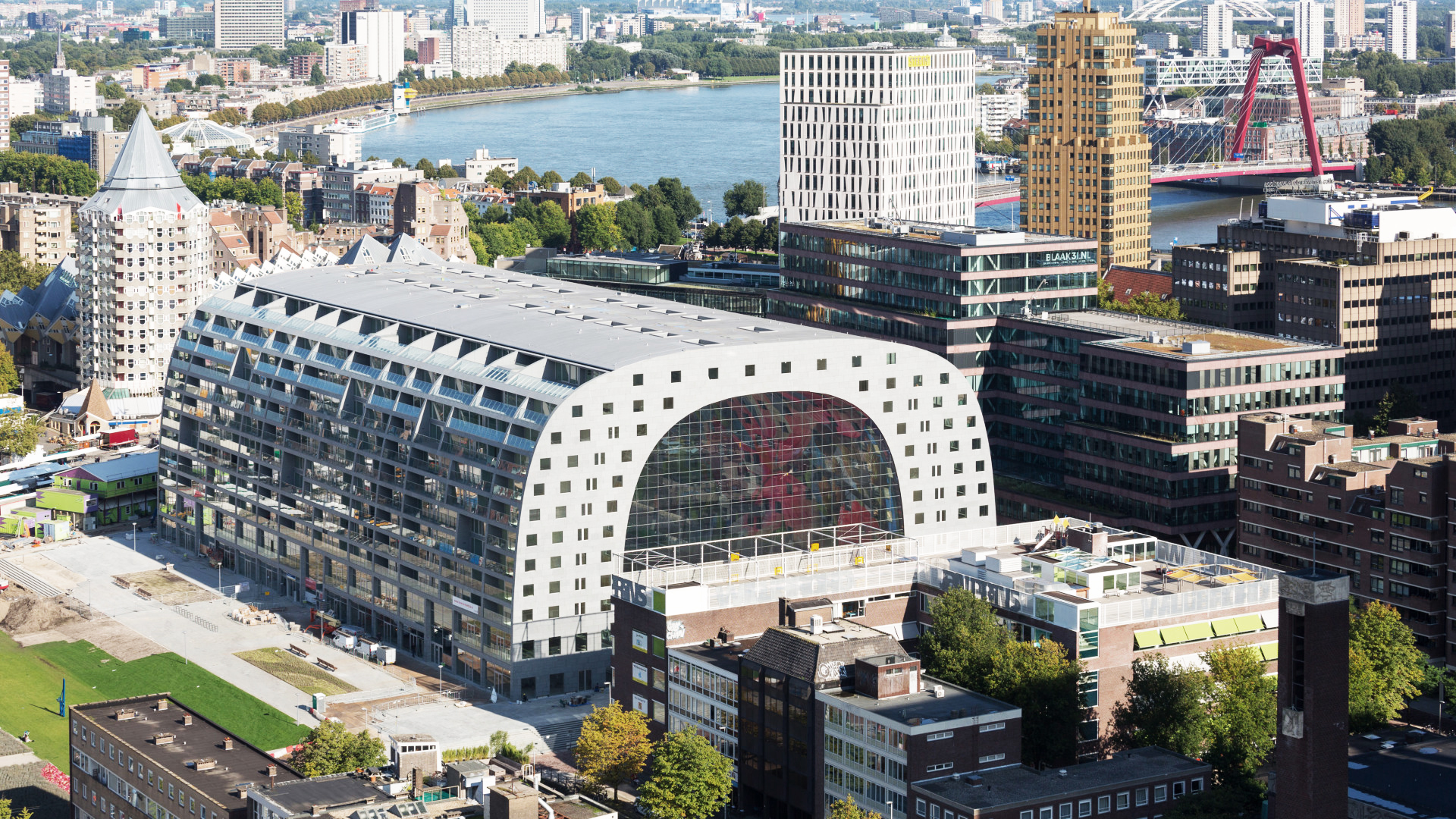 No better way to explore Rotterdam than by bike. Ok, so you need a bike for this one, but if you are already living in the Netherlands, then you probably own one anyway. You just have to wait for a nice sunny day and then start exploring on your own. But the best way to see what the city has to offer is to learn from the locals. The free app Rotterdam Routes is a great way to do this. It will take you on a mobile audio tour around the town, telling the story of Rotterdam through the eyes of the locals or “echte Rotterdammers” as they like to call themselves.

As well has having modern architecture, Rotterdam is also full of art and creative initiatives. In the heart of the city centre you can take a walk along the Westersingel Sculpture Route. This route runs between Chinatown and the Museumkwartier. Spread along the Westersingel canal, you will find 17 sculptures by major artists such as Rodin and Joel Shapiro, and it won’t cost you a thing to look at them!

Are you more into modern urban design than the old Dutch masters? Then you should definitely visit the Luchtsingel. This project is a joint initiative of young creatives aimed at revitalizing this forgotten area and making it one of the city highlights again. The Luchtsingel is a wooden bridge almost 390 m long which connects the north of the city with the Central Station and the city centre. It is a great way to explore the city from higher up and the bridge is also decorated with some interesting street art.

Without leaving the city, you can still escape the busy streets and chill out in one of the many green parks the city has to offer. In no time at all you will feel like you are a million miles away. In the south of the city you will find the biggest urban park in the Netherlands: the Zuiderpark. With its ponds, lawns, cycling and walking paths and a huge adventure playground, it is great for a day out with the family. It also has a Sportplaza, which offers public soccer fields and tennis and basketball courts – which are all free!

Other great green spots are the Vroesenpark, which is ideal for picnicking and a summer barbecue with friends, and the Dakpark, the biggest rooftop park in Europe. Another all-time favourite is the Kralingse Bos, concentrated around the Kralingse Plas, a lake with a small sandy beach and a paddling pool for the little ones.

As mentioned in the introduction, Rotterdam is a young and vibrant city, so the summer is full of festivals! And the best part is that most of them don’t charge entrance fees, so you can enjoy them for free. There are too many to mention here, but highlights include the following. 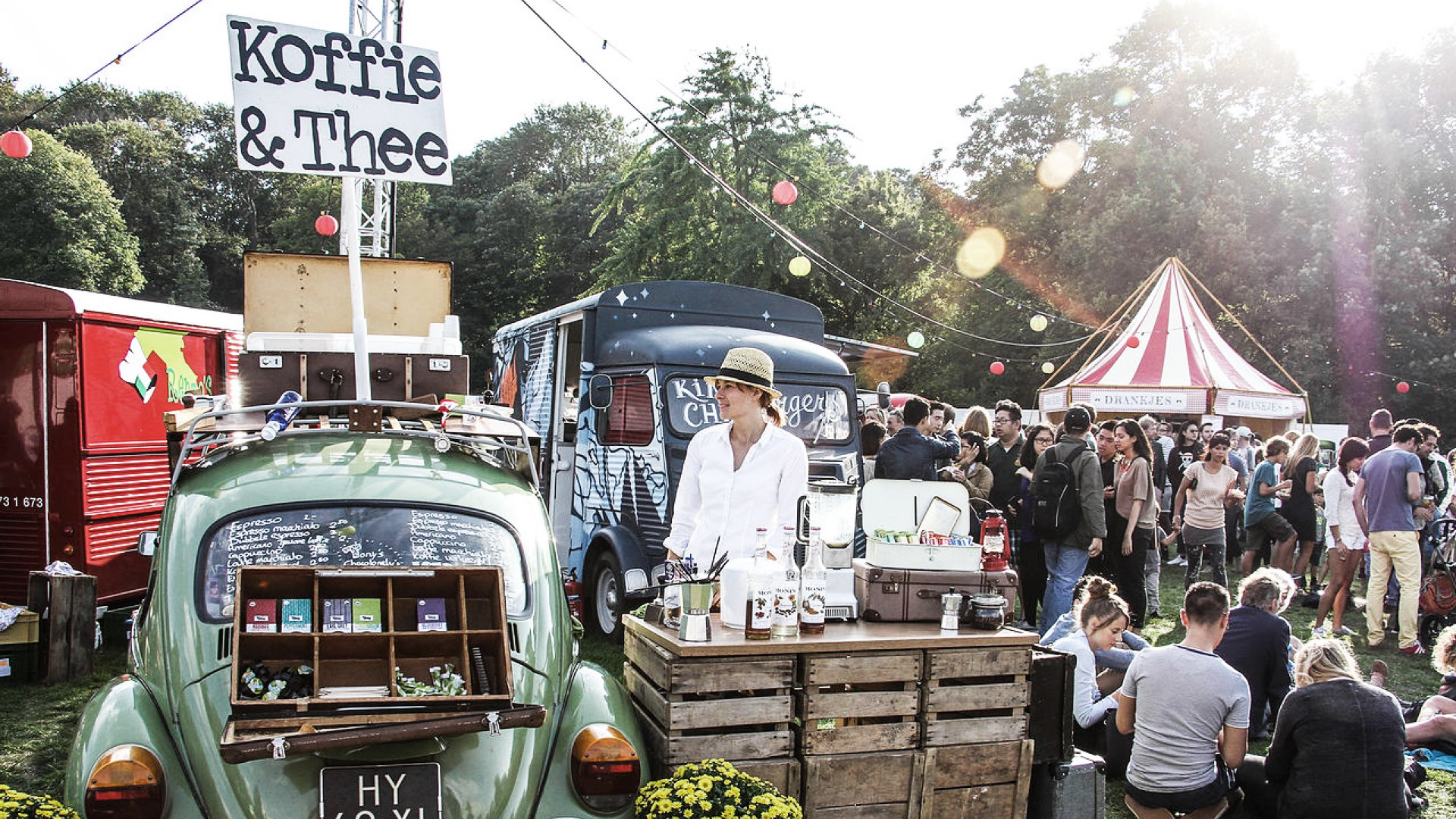 The Rrrollend Rotterdam food truck festival; as well as some finger-licking food from the food trucks, there is a lounge with a DJ and plenty of talented young musicians will display their talents. At the end of June, the North Sea Round Town jazz festival will take over the city. This is a free version of the famous North Sea Jazz Festival, with pop-up stages around town. As a true metropolis, Rotterdam also has its own Summer Carnival. This popular event transforms the city into one big tropical celebration, including a colourful parade, steel bands, and a spectacular Battle of the Drums.

­#learndutchnow. Choose one of our locations and start your own (private) course.

Please enter the Page ID of the Facebook feed you'd like to display. You can do this in either the Custom Facebook Feed plugin settings or in the shortcode itself. For example, [custom-facebook-feed id=YOUR_PAGE_ID_HERE].